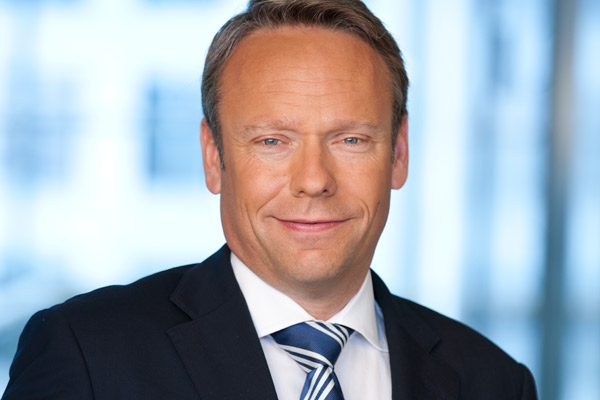 Norbert Bargmann, deputy managing director of Messe München GmbH and responsible for the business area of ‘New Technologies’, is very pleased to present an experienced employee with Armin Wittmann as the new project manager of AUTOMATICA. At the same time, all the best wishes go to the previous project manager, Anja Schneider, who is taking a maternity leave. “Anja Schneider has decisively shaped AUTOMATICA since 2004, our International Trade Fair for Automation and Mechatronics. We want to thank her very much and wish her and her growing family all the best.”

Armin Wittmann is taking charge of the AUTOMATICA team effective immediately. He already worked successfully for inhorgenta for 15 years, the leading trade fair for watches, clocks, jewellery, precious stones, pearls and technology. Messe München GmbH again recorded a record number of visitors at this event this year. With his involvement in AUTOMATICA, Armin Wittmann, engineering & business graduate, is taking advantage of the chance to advance his career within Messe München. The new project manager is being supported by the AUTOMATICA project spokespersons, Erika Angerer and Nora Hansen, who is also a new member of the team.

Dr Michael Wenzel, managing director of Reis GmbH & Co. KG in Obernburg, chairperson of the VDMA trade association Robotics + Automation and advisory board chairperson of AUTOMATICA also wished the new project manager lots of success. “AUTOMATICA was able to establish itself excellently as an innovation platform for the automation industry under the management of Anja Schneider in only four years. I would also like to thank Anja Schneider personally for her outstanding collaboration during the many years of our working together. She and her team promoted the trade fair of Messe München with a lot of energy. I am very pleased that Armin Wittmann has the same spirit as an experienced trade fair employee and now is working to expand the leading role of AUTOMATICA in Europe further.”

“We are convinced that Armin Wittmann can contribute his many years of experience to the further development and success of AUTOMATICA and that consequently the trade fair is optimally equipped to meet the challenges of the future,” Mr Bargmann stated in welcoming the new project manager.

Armin Wittmann is looking forward to this challenge and is totally convinced that AUTOMATICA 2012, which will take place from 22 to 25 May 2012, still has great potential. “The trade fair will get even better in all respects compared to the last event. This can be seen clearly in the advance bookings. Among other things, more than 10 per cent more area has already been booked compared to the comparable time period of the last AUTOMATICA. I am optimistic that the trade fair will fill five halls in 2012, i.e., one more than in 2010.”

You can find additional information about AUTOMATICA 2012 at www.automatica-munich.com