Safety is paramount at Turkish dam 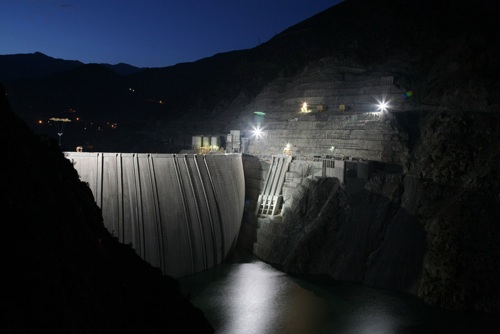 Bosch Rexroth has supplied hydraulics to the Deriner Dam in Turkey – one of the largest dams in Europe.

The dimensions of the Deriner Dam on the Coruh River in the north east of the country are gigantic in every respect. Over 3.5m3 of concrete were poured into this 249m high and 720m long structure. Construction has been going on for ten years, with a budget that has grown to €1.5bn.

“To achieve this power output, we will impound almost two billion litres of water,” explained Hilmi Kaplan, who is responsible for the electro-mechanical realisation at ERG Trade and Industry. Since the 1970s, this Turkish company has specialised in major infrastructure projects and is responsible for large portions of the dam construction. “Safety is naturally a top priority in any project of this size,” continued Kaplan. “The main risk for a dam is that the reservoir overflows, which would result in uncontrolled flooding. This could potentially be caused by earthquakes or extreme tides in the nearby Black Sea.” 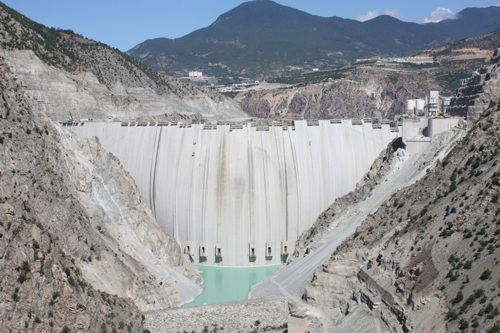 “A total of 2,250m3 per second can run off via these ducts,” Kaplan summarised. “That’s enough for a lot of situations. But if a ‘flood of the century’ should occur, we need many times this capacity.” For this reason, eight central outlet gates have been integrated into the main dam structure. These gates can handle an additional volume of around 7,000m3 per second. The openings are arranged symmetrically in order that all eight water flows intersect just above the surface of the downstream basin. This reduces the impact of the outflowing water.

As a project partner of ERG Trade and Industry, Bosch Rexroth was responsible for the drive and control solution for the central outlet gates and the two tilting gates. The local branch office supported the conceptualisation, assembly and installation, together with specialists in Germany. “The great advantage for us was that we had just one partner for all flood discharge issues. In effect, we were supplied a turnkey system,” explained Kaplan.

The opening drives for the massive central outlet gates represented a major challenge for the design of the hydraulic drives. Each gate is 2.8m x 5.6m and weighs 24 tonnes. Despite this weight, the corresponding drives must work in parallel with a high degree of precision to ensure that the gates always open and close in sync. This causes the streams of water to meet above the basin, thus dissipating their energy. This is essential to prevent erosion of the valley walls and the undercutting of the dam. 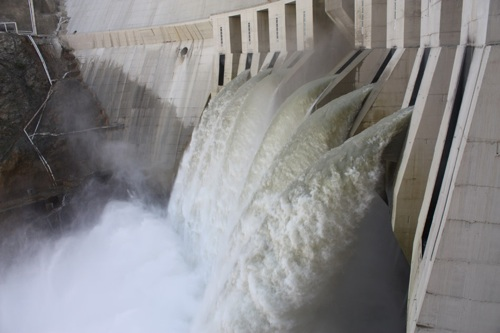 The solution was to mount the drive cylinders of the central outlet gates vertically in the drives. In addition, the cylinders are made of lightweight special steel. “We were also subject to extreme constraints in the weight of the cylinder,” added Kaplan. “Each component of the dam could only be lowered using a special cable crane with a load capacity of 30 tonnes.”

Delay-free synchronisation of all the gates is essential for efficiently opening and closing these additional flood discharge mechanisms as needed – but the sensor signals need to cover distances of up to 1,250m. “For this reason, a fibre optic network is used in the dam to transport each control command.” Like the central outlet gates, this network has also been installed and fully tested, so that the Deriner Dam can safely go into service in 2013.

Institution of Engineering Technology – Present Around The World event