Since the outbreak of COVID-19, Shenhao Technology Co has deployed smart robots that use Advantech technology to monitor body temperature and conduct identity detection in schools, banks, and other public places. 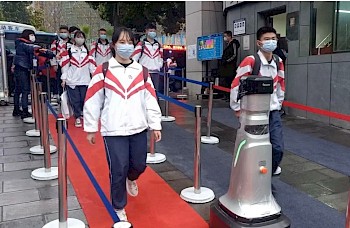 Shenhao, a leading provider of IoT products and solutions aimed at smart city applications, offers a smart patrol robot known as Health Guardian 1 equipped with Advantech’s UNO-2484G edge gateway to support disease prevention and inspection. Because measuring body temperature manually exposes public safety personnel to potential health risks, robots that feature infrared sensors capable of scanning temperatures within a 5m area have been deployed. These robots conduct temperature measurements and identity detection, and all collected data is sent to a centralised server or management dashboard for health screening. To enable autonomous movement and navigation, the robots are also integrated with simultaneous localisation and mapping navigation (SLAM navigation) technology. Thus far, Health Guardian 1 robots have been widely deployed in the southern cities of China. 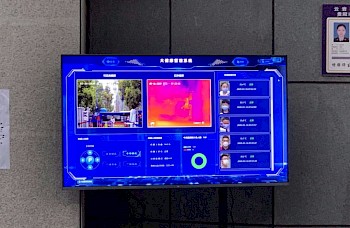