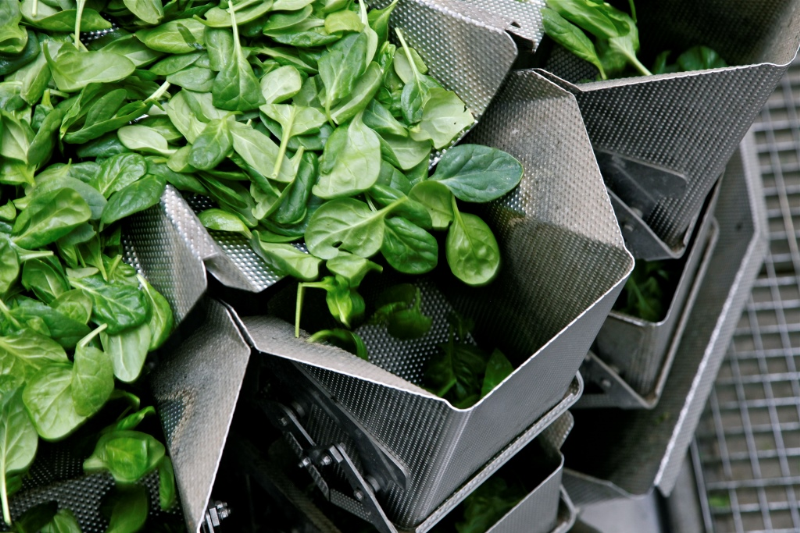 Broersen, a grower and packer in the Netherlands, has experimented with other multihead weighers but today uses only Ishida Salad Weighers to handle its home-grown and imported spinach.

Popular throughout the year, fresh spinach has to be packed and on its way to the retailer in time to be bought and enjoyed while its nutrients and its appearance are still at their best. Automation is essential and multihead weighing is the obvious choice.

The Ishida Salad Weighers at Broersen are filling clear plastic bags to target weights ranging from 150g to 600g. The lower weights are particularly popular in the Scandinavian market while the larger packs are used in catering. 450g bags are filled at up to 40 per minute, no mean feat for a leafy salad vegetable that tends to cling to metal and plastic. Part of the reason for this is Ishida C4, the easy-motion material of which the weigher contact surfaces are made.

“At one point we tried using a cheaper weigher from Asia that did not have this material, and we had to have an operator permanently watching the machine and moving the spinach along by hand. This just wasn’t feasible,” says Jacob Broersen of Broersen.

The moisture content of spinach varies greatly from batch to batch. Over-moist leaves tend to clump together as they fall from weigher to bagmaker. If not addressed, this could lead to product becoming trapped in the bag seal. Equally if the spinach becomes too dry it falls too slowly, so that it is difficult to attain the desired packing speeds.

An adjustable timing hopper between weigher and bagmaker helps overcome this problem, but Broersen can avoid either extreme by controlling the moisture of each batch. On entering the packing line, the product passes through an 18-metre tunnel where moisture can be reduced by air-drying. Just before the weighers, sets of sprinklers are located which can be used to add moisture. Judging by sight and touch when spinach is at the optimum moisture level for packing is a fine art indeed, and one of the reasons for Broersen’s success.

“We are satisfied that becoming a spinach specialist was the right move,” says Jacob Broersen. “All three aspects, growing, sourcing and packing, demand special expertise, which we have built up and now benefit from. Ishida has been a key part of the packing element in this story.”

zenon 8.10 launches to the UK market: An ergonomic transition to Smart manufacturing