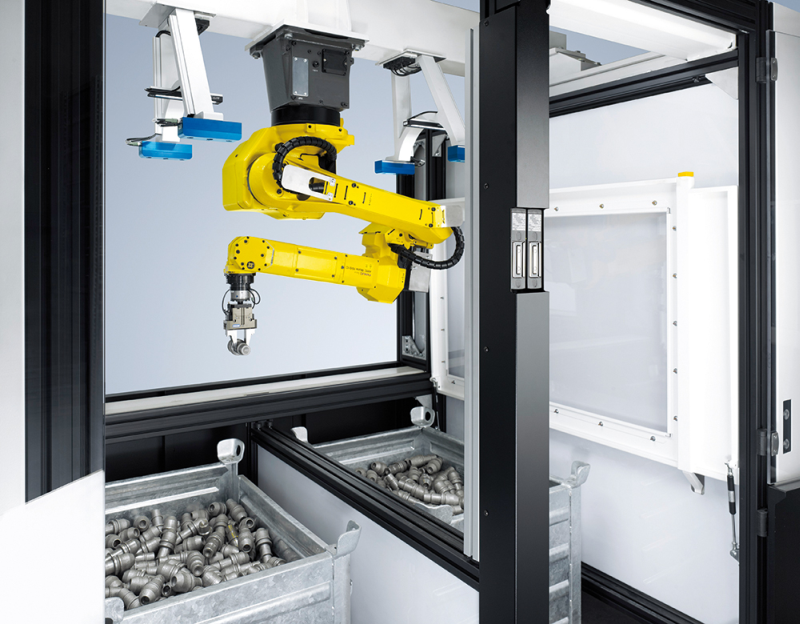 Bin picking remains one of the most difficult tasks to execute in robot-supported production. In order to be able to pick unsorted parts out of a wire-mesh pallet or stacking container, it is necessary for the robot to be able to accurately detect the shape, size, position and alignment of the objects. The stereo 3D camera Ensenso N20 from IDS represents a solution for 3D image capture that is impressively precise, cost-efficient and fast.

It successfully covers all bases in terms of the requirements that apply to robot vision applications. The industrial camera with GigE connection is the first of its kind on the market, integrating, as it does, not only two global shutter CMOS sensors with 1.3 MP resolution (1280 x 1024 pixels) and powerful software in a very compact housing, but also an integrated pattern projector. It projects a random pattern of dots onto the object to be captured, allowing structures that are not visible or only faintly visible on the surface to be enhanced or highlighted. This is necessary because stereo matching requires the identification of “interest points” in an image. The object is then captured by the two image sensors in accordance with the stereo vision principle. Finally, 3D coordinates are reconstructed or calculated for each and every pixel using geometric relations based on the triangulation principle. This means that, even if parts with a relatively monotone surface are placed in the bin, a virtually seamless and detailed 3D image of the entire surface can be generated without additional technical effort. All of this happens in just a few milliseconds. 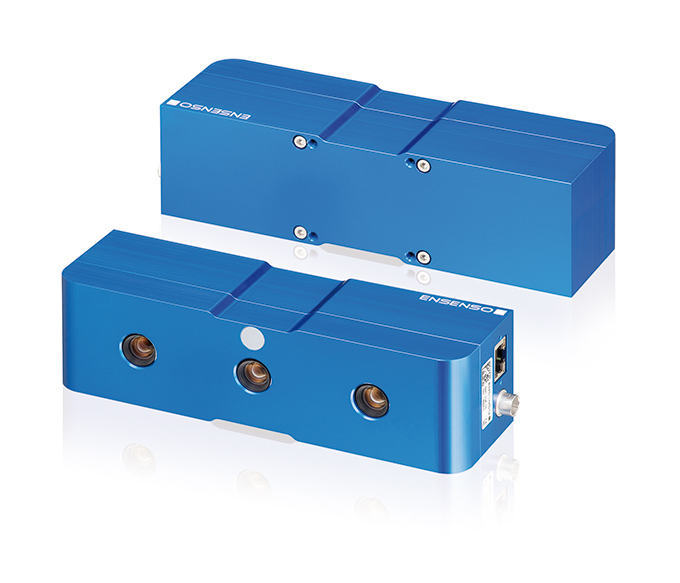 As an additional benefit, the images from different Ensenso cameras can be very easily calibrated with each other, as the camera software has been specially de-signed to handle multi-camera applications. When two or more cameras are used simultaneously, a scene can be captured from different sides at the same time, thus reducing shadows and extending the picture field. When working with multiple cameras, the software similarly delivers a single 3D point cloud containing the data from all cameras used. The resulting precision can also be scaled to meet virtually any requirements by adjusting the number of cameras installed. In addition, the Ensenso software not only allows you to combine several stereo cameras, but also enables the use of these cameras in conjunction with conventional industrial cameras, for example, to capture color information or barcodes.

Finally, the Ensenso software assumes control of the two CMOS sensors and pattern projector, and takes care of the capture and pre-processing of the 3D data. As a result, both frame rate and image quality are optimized, and so significantly fewer resources are required on the PC used for analysis. The camera is designed for working distances of 180 mm to 3,000 mm and for variable picture fields depending on camera model. The available focal lengths of 6 to 16 mm can cover a wide range of distances and sizes. Unlike other 3D imaging processes, this camera can capture both stationary and moving objects with a frame rate of up to 30 fps. Despite having two sensors and an integrated projector, the camera only measures approx. 175 x 50 x 50 mm, and weighs just 550 g. Thanks to its robust aluminum housing and GPIO connector for 12-24 V hardware triggers, input and output, Ensenso N20 is perfectly equipped for industrial applications. 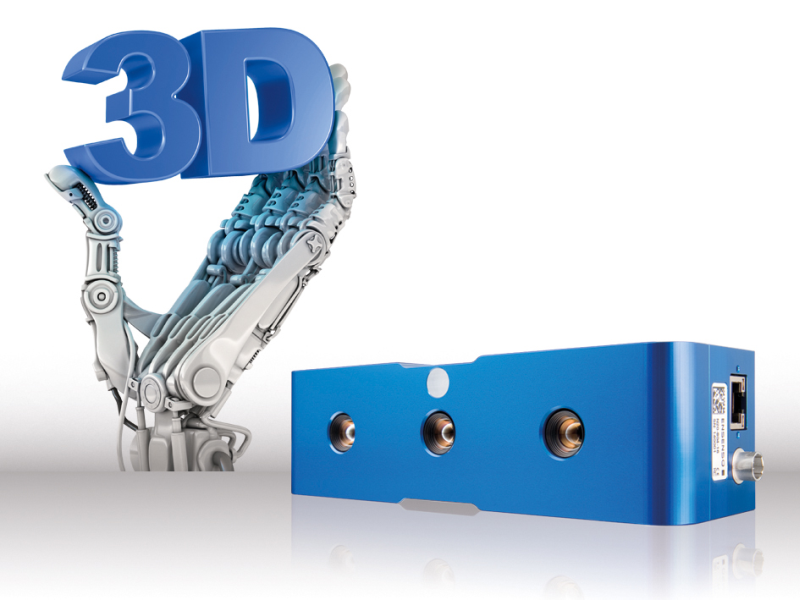 It comes with an interface to the MVTec HALCON image processing library and an extensive Software Development Kit (SDK). The Ensenso software has been optimized particularly for robot vision applications as well as for multi-camera applications. The data from two or more inter-connected 3D cameras is combined into one 3D dataset automatically. Thus, an object can be captured from several sides. In addition, the working area and the resulting precision can be scaled to meet virtually any requirements by adjusting the number of cameras installed. The Ensenso software also allows you to easily integrate uEye industrial cameras with USB 2.0, USB 3.0, or GigE connections, for example, to capture addition color information or barcodes as well as 3D images. Other interesting features of the SDK include software-controlled subsampling and binning, which allows extremely flexible data and frame rates, e.g. up to 80 Hz, and hand-eye calibration, which makes it easier to integrate the camera in bin-picking applications, for instance. Speaking of easy: The Ensenso N20 is pre-calibrated and comes ready for immediate use. The user is provided with metric 3D data “out of the box”. The new 3D camera with GigE connection is available with different focal lengths: A camera selector on the IDS website helps the user to choose the right model. IDS also provides comprehensive system consulting on how to use the camera and software as well as relevant Ensenso and Halcon training. It’s so easy!

Fulton Boilers at the Heart of Domestic & General’s Process