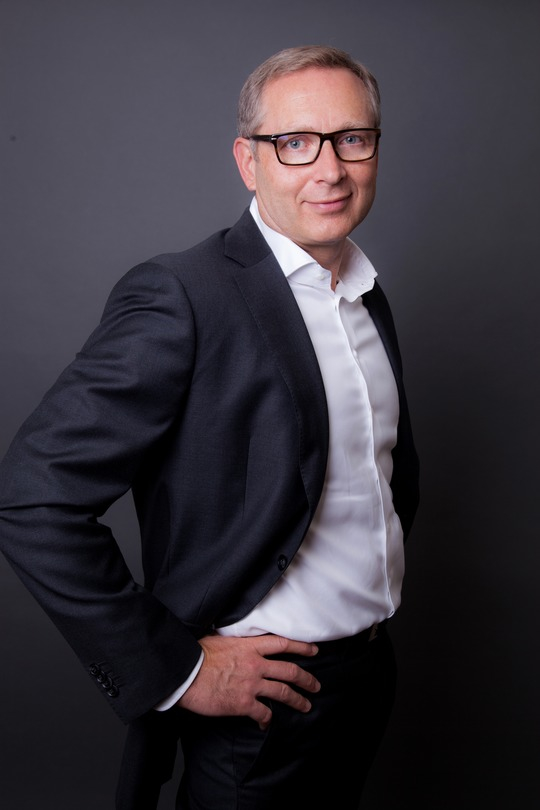 Universal Robots A/S (UR), a Teradyne company and the global leader in the collaborative robot market, today named Jürgen von Hollen President effective immediately. He succeeds Enrico Krog Iversen who relinquished the post in June 2016 to pursue other interests.

Mr. von Hollen was most recently the Executive President of the Engineering Solutions Division, which includes the Automation and Controls business of Bilfinger SE, in Mannheim, Germany, a leading international Engineering and Services company. In his role at Bilfinger, he was responsible for a global staff of nearly 10,000 and annual sales in excess of €1.0 billion. Mr. von Hollen began his career with Daimler-Benz aerospace and held senior management roles at Daimler-Chrysler Services, Deutsche Telecom and Pentair.

“We’re delighted to have Jürgen leading Universal Robots through this period of explosive growth,” said Teradyne CEO Mark Jagiela. “Jürgen’s experience developing and leading global teams serving a broad range of industrial and commercial customers is tremendously important as we drive the adoption of easy to use, safe, and economical Cobots across the globe.”

“I am excited to join Universal Robots as they work to fundamentally reshape automation across the global economy,” said Mr. von Hollen. “The opportunity to lead and expand a high powered organization like UR with such a long term, high growth outlook is very rare and I look forward to working with our worldwide distributors, partners, and customers in the days ahead to realise the full potential of collaborative robots.”

Mr. von Hollen is based in Odense, Denmark.