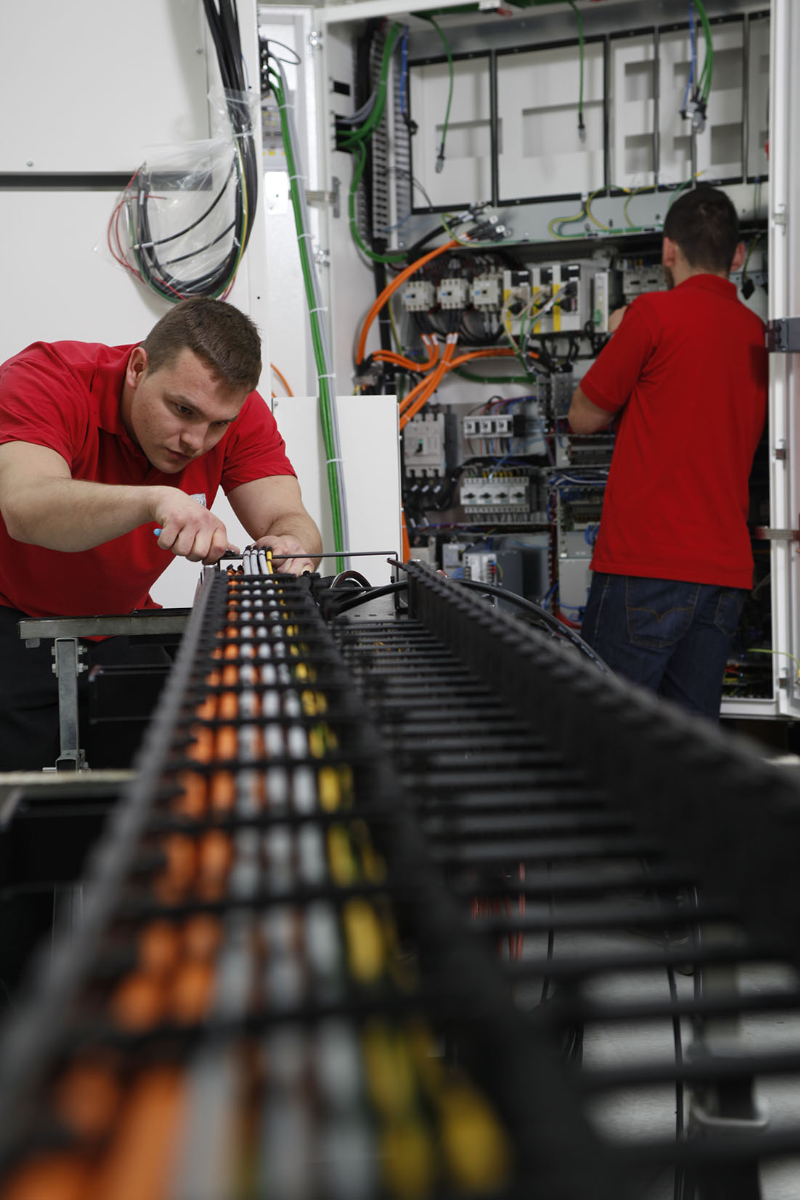 Increasing tax benefits, a greater understanding from banks and a longer term view on return on investment could all help the UK catch up in the automation stakes according to one of the sector’s leading professionals.

Tony Hague believes industry in this country is still lagging behind when it comes to embracing new technology and the benefits of robotics, despite recent economic reports suggesting a greater appetite to ‘close the gap’.

The MD of PP Electrical Systems, who was recently named as one of the ‘Top 100 Manufacturing Role Models’, feels a change in policy by Government to encourage companies to invest could be a starting point and bring us closer in line with international rivals.

A greater focus on improving R&D incentives, a tax system that encourages and rewards capital investment and changing the current depreciation rules on ‘capex’ that would allow a reduced financial burden – spread over a longer period of time – are just some of his recommendations.

“The latest Manufacturing Advisory Service report stated that 69% of firms are planning to increase investment in new technology and machinery and this follows recent findings that three quarters have spent money on automation in 2014,” explained Tony.

“At the same time, a significant number of respondents said they were too busy with day-to-day activities to consider automation. With all of these messages, what is the actual picture?”

He continued: “In my opinion, industrial experts would rank the UK as one of the weakest of the technically developed European nations when it comes to automation and robotics. We are slowly getting better, but there is some way to go until we get back on to a level playing field with the likes of Germany, France and Italy.”

“And the answer doesn’t just lie in one place. Yes the Government can assist and I think they are slowly realising that. However, we also need to get the Banks to work more closely with firms and industry groups, like MAS and Warwick Manufacturing Group (WMG), to understand the reasons why we need to invest and how they can make it happen.

“The other systematic problem of UK investment is the short term approach we take as bosses, talking about a Return on Investment (ROI) in 2 to 3 years. Compare this to the German Mittelstand style businesses, where their approach, along with the associated financial institutions, is built on the long term. There appears to be a cultural chasm that we need to bridge.”

PP Electrical Systems, a leading provider of control systems from its base in the West Midlands, is a good example of how automation can transform the fortunes of a business.

It invested more than £1m in new machinery, automatic crimp force monitoring and associated cable preparation technology during a period in which sales revenue has grown 400% to over £17m and the workforce has more than doubled from 85 to 180.

A member of the Midlands Assembly Network, the company now supplies some of the world’s largest machinery manufacturers in industry sectors such as machine tool, food and drink, medical, packaging and renewables.

“I’m not saying we’re the finished article by any means and we’re continually looking at ways in which we can improve productivity and deliver even better quality and service to the customer,” explained Tony.

“For example, we’ve just signed off next year’s training programme that features a minimum 200 hours of personal development per employee.”

He concluded: “The use of robotics, harnessing their precision and stamina, coupled with an engaged and innovative workforce, is an essential strategy for long term success, energy management and growth.

“I think it could also inspire the future generation of engineers. What better way to reach out to young people/school pupils about manufacturing than showing them world class technology and how they can work with it as part of their future career?”