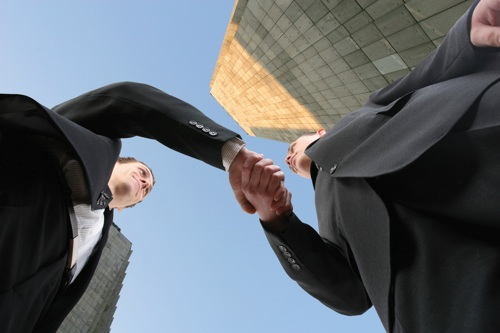 Speakers at the Gateway to China event will include John Browett, general manager, CLPA, Chris Evans, manager of the Marketing and Operations Group at Mitsubishi Electric Europe and Dr Graeme Philp, CEO of GAMBICA.

The final speaker will be Lutz Berners, president of Berners Consulting, a company that specialises in launching businesses into the Asian markets.

With a global installed base of almost nine million nodes, more than 1,200 products from over 270 manufacturers and over 1,900 partner companies, CC-Link offers a comprehensive open network architecture that reaches from enterprise IT connectivity to simple digital I/O on the shop floor.

CC-Link IE is also the only open gigabit Ethernet technology available in the automation sector, linking both controller and field devices throughout a plant.

CC-Link is the leading open automation networking technology in Japan and the rest of Asia, holding approximately 20% of the region’s market share. Integrating CC-Link technology into a product can open new doors into these markets. The technology is also becoming widely accepted in both Europe and North America due to its ease of use, strong productivity features and high performance.

“The Gateway to China programme is gaining momentum, with the number of partners increasing from 14 to 22 over the last year,” said Browett.

“The programme was started in 2011, with the aim of making it easier for European companies to increase their business in China by using CC-Link as an enabling technology. Independent market research continues to show CC-Link is the network of choice in Asia.

“Industrial networking has embraced Ethernet as the preferred technology and the CLPA saw this trend as early as 2007, responding with CC-Link IE (Industrial Ethernet).

“Over the last year the CLPA has teamed up with key European partners such as Balluff, Datalogic, HBM, Festo and Bihl+Wiedemann to show the solutions they can offer to leading industries such as automotive, water, food and beverage and consumer packaged goods.”

CC-Link began as an open network technology originated by Mitsubishi Electric over 12 years ago in Japan. Building on the strength of that position, it quickly established itself as the leading fieldbus in the Asian market, as neighbouring countries such as South Korea, China and Taiwan also enthusiastically adopted it. Indeed, many of these countries wrote national standards around it, giving it the enviable position of being recommended by multiple governments.

Free tickets to the event can be booked by visiting the CLPA’s EventBrite page: http://gateway-to-china.eventbrite.co.uk/.