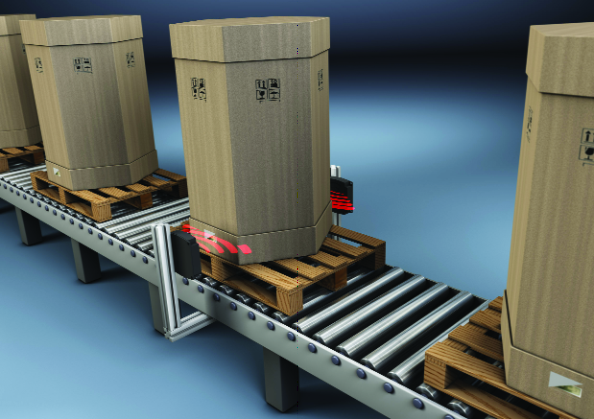 Several companies in Europe supply the majority of frozen vegetables that are in great demand from supermarket chains. As Dieter Esslinger of Leuze electronic explains, one of these companies, located in an agricultural area of northern Spain, is using its modern RFID technology to enhance the traceability of its offerings

As is the case with all foodstuffs, vegetables are quite sensitive. Therefore, a gapless collection of production data and order related documentation are especially important. One objective of the deployment of RFID as a suitable auto-ID technology is to track the path of a pallet through the production process and to combine the respective data with order information and relevant product data in order to ensure gapless compilation and documentation.

Data traceability and documentation take on an even greater importance through the enormous variety of products and vegetable offerings processed in northern Spain. These range from typical frozen products such as peas, beans and spinach, on to cauliflower, broccoli and mixed vegetables, which are produced at several locations and then transported to European supermarkets for sale. However, the production process is nearly identical for the entire spectrum of vegetables, thus enabling good organisation and automation.

Already at the beginning of production, a pallet (bearing an ‘octabin’ that contains the vegetables) is equipped with a transponder. This way it is possible to document all subsequent steps, right up to delivery to the supermarket, transparently and automatically. Prior to the equipping of transponders on the octabin pallet, the fresh vegetables first go another way – after the inbound delivery, they are thoroughly washed and scrubbed. After the initial drying process, they are flash frozen and, depending on the type of vegetable, transported for further processing.

The further processing takes place in separate refrigerated rooms and begins with the chopping, and seasoning and finishing as the case may be. Then, the vegetables are filled directly in the octabin for further transport to the packaging area. There, it is then filled into the consumer packaging provided by the customer and stacked for shipment on Europallets.

The octabin or, respectively, the pallet with the ready packed frozen goods (and thus the transponder as well), are usually only used once. That is why the transponder price plays such a decisive role. Therefore, in searching for a suitable RFID solution the decision was made to utilise the UHF frequency range. The reason being that one special attribute of this frequency range is the inexpensive transponder, which can be made in the form of a sticker or tag.

Furthermore, in this application, ranges of a maximum 700mm are required. That doesn’t present a problem, as the UHF frequency range makes possible ranges of several meters along the conveyor system. Besides, in this frequency range there are no erroneous readings due to reflection, such as caused by the metal mesh used for safety reasons as a movable guard in the plants. 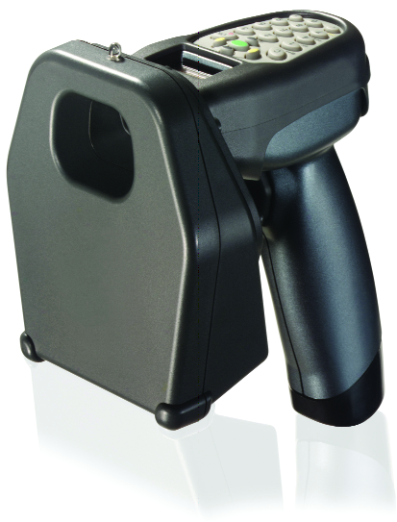 In addition to an entire range of optical Leuze electronic sensors, for example from the 46B series for controlling specific sections in the conveyor system or for activating the readers, the optical data transmission devices DDLS 200 and the RFID devices RFU61 for transponder reading, are used both in the refrigerated area at 4°C and in the deep freeze area at -27°C.

They can be adapted to the application by means of configuration software. After they have been installed, this procedure is usually only necessary once to attain reliable functionality, due to the precisely defined spacing between the transponders and the individual readers.

Because of that, just the adjustment of the operating range is required, whereby the start-up is significantly simplified. In addition to the stationary devices along the conveyor system, mobile readers are also used in order to quickly react in case of malfunctions or process changes.

All data networked in the system

The devices and components of the conveyor system and production technology are networked via EtherCAT. The specific activation of each read station triggers a unique response and functionally secures data transfer to the superior system.

After the octabin has been placed on the pallet and the transponder is subsequently fastened by means of a tagging device, the data record begins its journey through the ERP system. All further data is linked to the record.

In an initial project phase, only product and order data were assigned to the data record. However, future requirements also played an important role in the decision of the system. This way the system and its deployed software offers the possibility to document every production step and to evaluate dependencies. For example, data on the intended load type as well as production and/or customer order numbers, production time stamp and even data on the transfer to shipping companies can also be communicated to the transponder.

After a brief installation period, the system could be put into operation and start-up of the controllers, together with sensors and readers, could take place.