ABB to demonstrate its newest robot at MACH 2014 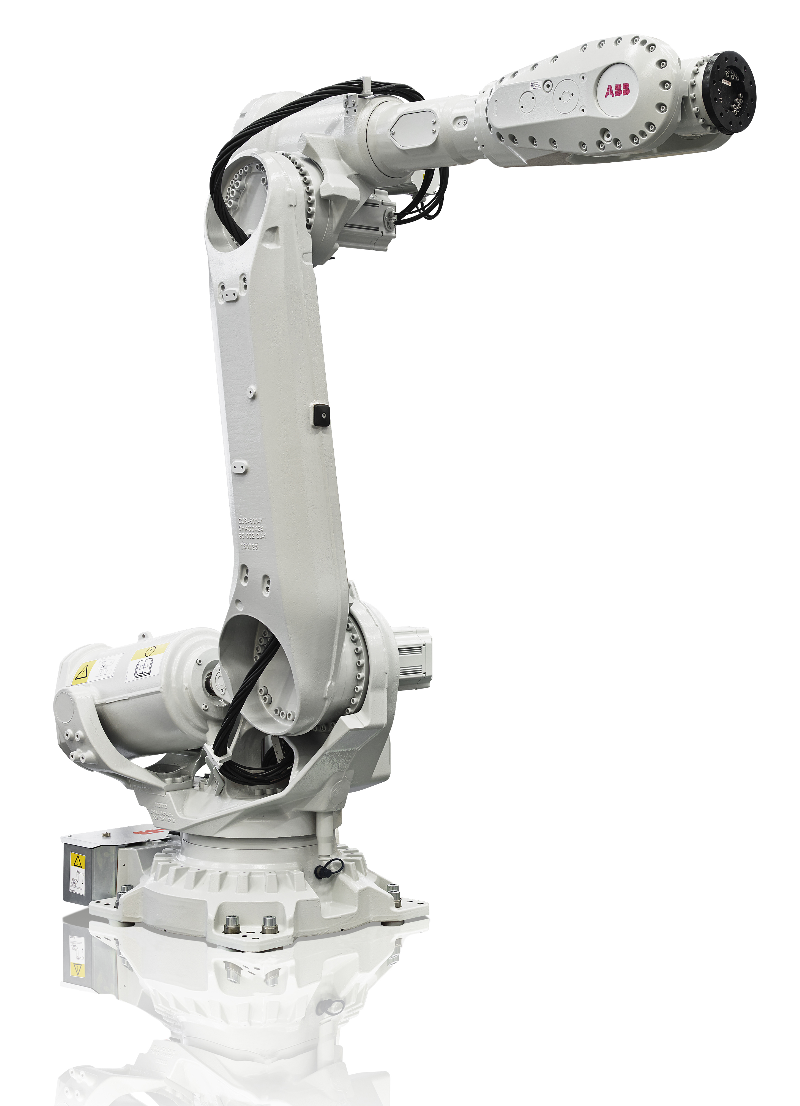 ABB will be showing off its latest technologies at MACH 2014 at the Birmingham NEC, 7th to 11th of April.

Stand 5771 in Hall 5 will showcase ABB’s latest developments in robotic automation, with an integrated demonstration cell featuring the IRB 6700, IRB 2600 and IRB 140 robots.

A highlight of the stand will be the new IRB6700. The seventh generation large ABB robot features a multitude of improvements. These include increased accuracy and speed, as well as the ability to handle heavier payloads up to 235kg, which will be further increased to 300kg as new variants are added over the next 18 months. It also delivers improved energy efficiency, with a 15 percent reduction in power consumption.

Another new feature is the inclusion of ‘Lean ID’, a new Integrated Dressing (ID) solution which integrates the most exposed parts of the dress pack into the robot. By ensuring predictable cable movements, the use of Lean ID makes the IRB6700 easier to program and simulate. It also creates a more compact footprint, and lengthens service intervals due to lessened wear and tear, helping to reduce the total cost of ownership by around 20 percent.

A dual act between ABB’s IRB 2600 robot and IRB 140 will be featuring ABB’s MulitMove, through a demonstration of coordinated motion control between two robots around a common work object. MultiMove can control up to four robots from just one IRC5 controller with a compact drive module added for each additional robot.  This opens up previously unthinkable operations, thanks to the perfect coordination of complex motion patterns. With the help of RobotStudio (ABB’s PC off-line programming software), such complex programs can be created at the touch of a button.

The stand will also feature a welding cell demonstration incorporating ABB’s IRB 1600 robot with positioner. The built in second generation of TrueMoveTM and QuickMoveTM substantially improves the path accuracy and cycle time of the IRB 1600 robot. For arc welding applications this robot also has the option of an integrated arc welding hose package.

As well as being able to see the latest technology on offer, visitors will also be able to try their hand at playing some classic games of skill against a robotic opponent in a special retro games cell. Featuring games of Connect Four and Noughts and Crosses, the cell provides a fun demonstration of the intelligent capabilities of the latest generation of robots.