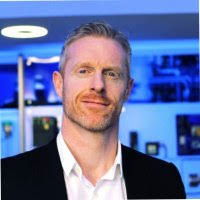 Jason’s new role incorporates General Motion Control and drives (GMC) across the Siemens UK business, which includes Geared Motors plus the more specialist areas of Machine Tool Systems (MTS).  His role will include optimising the impact digitalisation will have on these areas in the coming years and to focus on how tailored solutions can be achieved for a new generation of industrial customers.

Jason Peel, Head of Siemens Motion Control, said: “We are after ambitious growth over the next five years, and our expertise in digitalisation will be a key factor in our plans. Customer demands are ever-changing and we need to be at the forefront of innovation. Digitalisation will be at the core of what we do in the UK – our focus will be relentlessly improving the productivity and profitability of our customers.”

Jason joined Siemens in 2005, originally working in the North West region and later on heading up sales at Mechanical Drives in Leeds.  He became Head of Siemens’ integrated drive systems strategy in 2015.

Brian Holliday, Managing Director of Siemens Digital Factory UK, added: “I am delighted Jason is taking on this senior role at a time of change in the industry. He will be able to further implement our drives strategy working with our customers and partners to derive even more value from our product portfolio.”