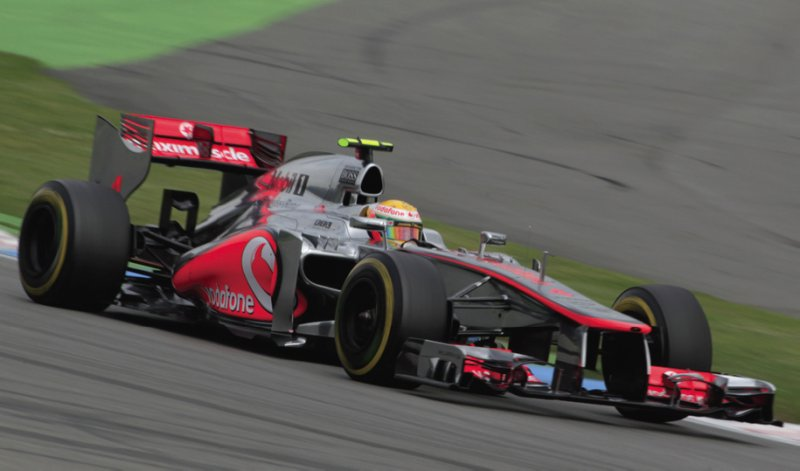 Yamazaki Mazak has been an Official Supplier to the McLaren Racing F1 team for over 10 years, providing five-axis CNC machines and multi-functional machine tools at both the team’s original site and its new MTC (McLaren Technology Centre) facility. The latest installation of two Hyper Variaxis 630 five-axis machining centres brings the total number of Mazak machines in use by the team to 25

By investing in its machine shop, McLaren has been able to bring more of its manufacturing in-house. Over half of the components for the team’s F1 car are now made in-house at the team’s Woking headquarters. Simon Roberts, operations director for McLaren Racing explains how the investment in Mazak machines has helped the team to be more competitive: “Before we moved to this building, we couldn’t make suspension uprights for the car ourselves, we had to buy them in from America or Europe. They cost $12,000 dollars if we had them made in the US, €12,000 in Europe, or £12,000 if they were sourced in the UK. The suppliers dictated price and delivery, and the lead time was 12 weeks, a long time in our fast moving sport. When we moved to the MTC, the four Mazak Variaxis machines gave us the capability to make uprights for the first time.”

Machine tools put into McLaren today have a completely different set of criteria applied to them than they did 10 years ago. Back then it was one man, one machine; today McLaren Racing runs cells with at least two machines, if not three per person, and the Mazak Hyper Variaxis 630s are a big part of that, as Roberts explains: “With the Hyper Variaxis 630s, we can machine uprights in 24 hours, although it takes five weeks from drawing to part. But we have massively reduced, with high speed, five-axis machining capability, the time it takes to make parts like that, and uprights are one of the most complex, highly loaded parts on the car.” All McLaren’s uprights are now made in-house.

The latest McLaren MP4-27 with which it’s currently contesting the 20 race 2012 season, contains 3209 components which are machined in-house at the MTC, roughly half of the total number of components on the car, although this does not include any parts of the engine and the KERS, which both come from Mercedes Benz. Senior production engineer, Ian Greenfield says that McLaren prefers not to buy proprietary parts if at all possible. “We make the air valves for the wheels, although we used to buy them in; we had a failure so we make our own now. This is typical of the team if we suffer a failure. Proprietary parts either cost too much or are susceptible to failure.” 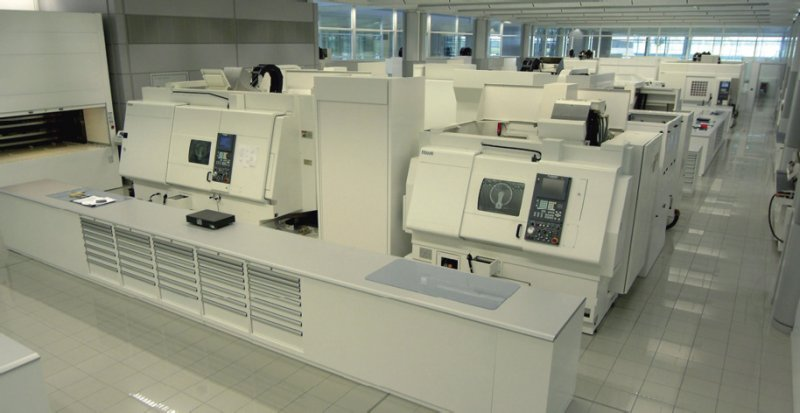 Roberts explains that the main objective of the company’s manufacturing strategy is to reduce lead times and the team’s increased use of the latest Mazak machining centres is certainly helping to meet this. But more productive manufacturing technology has become even more important, following the introduction of the FIA’s ‘Resource Restriction Agreement’ (RRA) as it places a limit on both headcount and team external spend.

“Every year, we are bringing more in-house. This year, there was a 15-20 per cent increase in in-sourcing, but headcount is fixed, due to the RRA, so everything we do these days has to be around working smarter,” says Roberts.

And, apart from updating its manufacturing technology, part of working smarter has meant a change to working practices since the MTC opened.

“When we first moved in, we weren’t allowed to have any bar-feeders, due to worries about noise and oil. But, working with Mazak, we now have modern bar-feeders that are neither of these. In fact we are now using two, five-axis Integrex lathes with bar-feeders for producing complex front wheel nuts, which is a fantastic step forward.

The latest machines to arrive at the MTC are two Hyper Variaxis five-axis machining centres, which it bought following a visit to the 2010 MACH show. The Variaxis machines are equipped with linear drives, have a large tool capacity and a fast spindle speed for cutting aluminium, but enough power to machine titanium.

McLaren has had mixed results so far this season, but these have included a win for Jenson Button at the first race in Australia and two more wins for Lewis Hamilton in Canada and Hungary. The Vodafone McLaren-Mercedes MP4-27 car has certainly shown good speed and a lot of promise. No doubt the team will be working hard to improve its package even further as it enters the second half of the season helped in no small part by the Mazak Hyper Variaxis 630 five-axis machining centres and other Mazak machinery at its Woking factory.

For more on this story please visit: connectingindustry.com/automation

Energy efficient hybrid car is a vehicle of ideas

It’s the Smart way to See