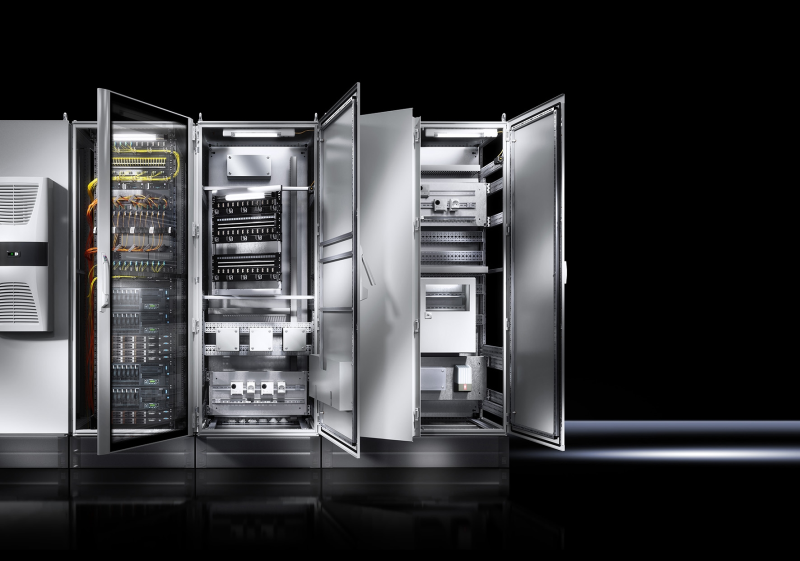 In 1999, accompanied by the slogan “infinite possibilities”, Rittal launched its TS 8 enclosure system. Today, with over ten million enclosures manufactured so far, the TS 8 bayed enclosure has become established as the standard for many industries worldwide.

Key success factors of Rittal’s TS 8 include its high level of flexibility and efficiency, high quality and safety standards, as well as its availability worldwide. The TS 8 enclosure is used in 92 percent of the world’s 1,005 branches of industry and has thus conquered nearly every industrial market within 15 years.

Industries include mechanical engineering, panel building and switchgear production, the automotive industry, energy, as well as information technology and telecommunications. The food and processing industries are also increasingly the stage for a robust and successful enclosure system.

As a platform for the “Rittal – The System.” modular system, custom-fit solutions can be created for power distribution, industrial automation, facility management, and data centres, thanks to the optimum technical interaction of components from mechanics, climate control and power. Faced by a variety of applications, customers no longer have to rely on different enclosure types, but can always benefit from the advantages of a uniform and universal system platform and a single range of accessories.

Alongside the perfect interaction with appropriate climate control and power distribution components, the TS 8 system platform permits synergy effects with other types of Rittal enclosures. This way, plant constructors can make significant cuts in time and costs with the TS 8 baying system, the SE 8 system enclosure, the CM compact enclosure, the PC enclosure and the TP TopConsole system by using uniform system accessories.