Schneider Electric participated to the UN Women’s inaugural HeForShe Parity Report. The report, which released new workforce gender diversity figures including details on leadership roles and board membership, was announced at the World Economic Forum in Davos on January 22nd 2016 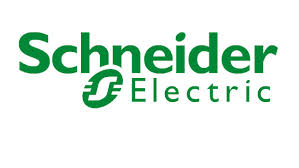 “This group of companies spans ten industries and almost a million employees around the world. Through their experiences, we can identify and scale solutions to transform sectors, and eventually, achieve an equal world. By shining a light on their own challenges, and bravely sharing their data, they define what leadership looks like on this issue,” said Phumzile Mlambo-Ngcuka, under-secretary- general and executive director of UN Women.

The UN has made this type of partnership a key part of achieving its 2030 Agenda for Sustainable Development, which prioritises gender equality as both a standalone goal and as an integral part of other goals. The transparency displayed in the announcement is therefore crucial for measuring progress.

Jean Pascal Tricoire, chairman & CEO, Schneider Electric, said: “Companies have a key role to play as “change agents” to build a world where gender equality is a reality. It is a question of determination. Leading by example and engaging more men in these challenges will be one of my key priorities”.

Recognising both the importance of this topic and the critical need for progress, IMPACT Champions have taken a bold stance on transparency. They have committed to periodically and publically share standard figures on gender representation. Each company shared information from their completed 2014 reporting cycle.

As a member of the HeForShe IMPACT 10x10x10, Schneider Electric also took specific commitments by the end of 2017:

Watch the video of the HeForShe Parity Report event launch