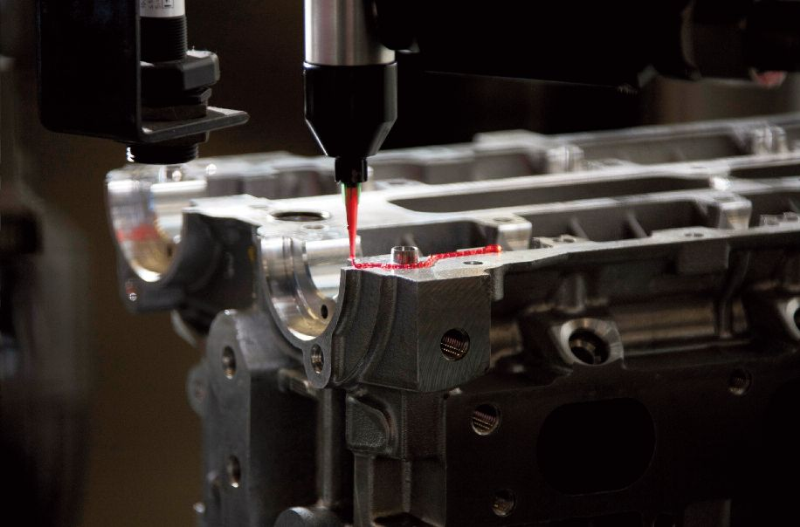 Henkel’s relationship with Ford spans 40 years and it is now the automotive manufacturer’s preferred single source supplier of industrial adhesives and sealants for engine production throughout the world. It’s a great accolade for the manufacturer of the Loctite brand and testimony to the performance of its products

It is the result of Henkel’s characteristic focus on customer support that allows companies such as Ford to continuously push the boundaries of technology and gain competitive edge. “During recent years Ford has been involving suppliers early in the development process and encouraging open dialogue to achieve the best outcome” explains Tsunou Chang, Ford’s liquid sealing specialist. From concept to production, the introduction of a new engine can take up to five years and in that time companies like Henkel are involved in the self-certification of products in line with existing Ford specification; or if a specification doesn’t exist, in its creation.

Chang adds: “Henkel continues to be extremely good at product validation and testing. We expect a lot from Henkel and are regularly challenging its products to perform with new materials and in changing or different production environments.”

A good example of a current Henkel initiative is its introduction of the 1,500 hour engine run test that is standard in the US but not in Europe where 500 hours is the norm. To mirror the US test in Europe Henkel UK is working with its specialists in North America and Germany to establish a dedicated test site at its technical centre in Munich. This is in line with the ‘One Ford’ initiative that seeks to create a manufacturing blueprint for engine production anywhere in the world.

The UK is where Ford manufactures a large proportion of its engines. Its Dagenham site houses four diesel engine production lines and is the largest facility of this type in the world. Its output is 1.5 million engines per annum and these comprise six different types of diesel engines. It also designs diesel engines and small petrol engines up to 1.9 litres; two litres and above are designed in the US. The two Ford UK plants combined (Dagenham and Bridge End) make engines which as well as being used in Ford vehicles, are also specified by Citroen, Peugeot, Mazda, Volvo, Jaguar and Land Rover – a large proportion of the cars on the road.

The Dagenham Estate is also home to Dagenham Diesel Centre (DDC) where many of its design engineers are engaged in designing products for emerging markets. The Centre was key in designing the one litre Fox engine that has received instant acclaim and will be manufactured across the globe. It has the highest output per displacement of any high rate production engine on the market with a power output of 125ps. This radical and revolutionary engine will be standard in the Ford Focus and many other future models and includes a lot of technological improvements including the use of Loctite 5900 room temperature vulcanising (RTV) silicone for sealing the highly stressed joints.

This engine is small and highly stressed, four times that of a standard engine. This is a common trend and one to which Henkel gasketing products have responded. To meet the need for a more flexible product to accommodate the increased vibration, Henkel recommended its Loctite 5900 silicone for sealing oil pan and front cover joints on the Fox engine, a thixotropic black paste that performs excellently in engine oils.

Also used on the Fox engine is Loctite 5182, an anaerobic gel adhesive. This has been modified specifically for Ford’s use for sealing cam caps. Sealant beads are small on this engine in line with its profile and it is therefore essential that the gel is dispensed bubble-free to ensure no bead breaks occur that could compromise the bond. As a result this product is now centrifuged during the production process to prevent such an occurrence.

Loctite 5182 was also a contender for the fuel pump cover seal on the Sigma engine manufactured at Ford Bridgend. This is a new Ecoboost engine that is also highly stressed and although Loctite 5182 proved the perfect choice for the small Fox engine, tests confirmed that a higher performance anaerobic sealant would be needed for the larger Ecoboost.  Swift development and testing processes ensued resulting in Henkel’s introduction of Loctite 5188.

Paul Middlehurst, key account manager – Europe, and the main interface between Henkel and Ford explains: “In this case the urgent need for the product broke standard protocols.  We just went for it and developed the product and a new specification at the same time and eventually it will be adopted by the majority of Ford engine production plants worldwide.”

Loctite 5188 is just one of several gasketing products used at Ford Bridgend. The low viscosity but still high strength silicone Loctite 5910, for example, is used to seal the oil pan joint, the bedplate to block joint and for sealing the midshaft housing on the Ford manufactured, Volvo SI6 engine. It is also used for the oil pan joint on the Ford Sigma 1.4 and 1.6L engines.

The thixotropic and engine oil tolerant qualities of Loctite 5901 made it the ideal choice for the AJ 133 V8 engine for Jaguar Land Rover.  And the anaerobic Loctite 5103, another special bubble-free product manufactured specially for Ford, is used for screen printing on the cam carrier joint of the Volvo SI6.

“The Ford technical strategy for gasketing is to go RTV first. And the reason is that it provides our best gasket warranty”, Chang confirms. Anaerobic gasketing is also a front runner but it does not have the same application scope of RTV. It is ideal though for applications involving the joining of same materials, for rigid flanges with a clean surface and where less movement is involved. Typical applications are therefore the sealing of close fitting parts such as cam caps. Where anaerobic gasketing does score highly however is its suitability for profiling or screen printing at speed.

“The holy grail would be the liquid properties of an anaerobic and the flexibility of an RTV.” Chang adds. And this is now an aim for Henkel R&D.

Although the automatic application of the Loctite products involves the same, or similar, capital expenditure as hard gasketing it is its ongoing flexibility where substantial cost savings are found. Chang explains: “Engines have different bolthole patterns and coolant routes with varying numbers of ports. The major benefit with RTV is that these variations can be easily programmed so that we can process different engines on the same production line. This simply isn’t viable with hard gasketing.”

Another benefit of Loctite liquid gasketing is that it allows rough surfaces to be joined, no secondary finishing is necessary. And this represents an important production cost saving. Also the mechanical interlocking produced by joining rough surfaces creates a stronger bond.

With the emergence of new materials such as titanium aluminium alloys this is an important consideration as with Loctite RTV surface pitting isn’t an issue. By comparison hard gasketing carries a variety of Ford production rules with regard to surface finish and is therefore a much more demanding technology to apply.  And another plus point for RTV is reduced inventory over conventional gaskets.

Better stress distribution is also an important performance benefit of Loctite gasketing and this has a positive effect on warranty.  It requires much lower clamping forces than a compression gasket that tends to relax under dynamic load and decrease in thickness, with subsequent loss of bolt tension in the flange joint and the potential for leakage.