Working in partnership with Toshiba Machine, TM Robotics has installed thousands of robots in factories throughout the world, including North and South America, India, Russia, Europe, the Middle East, Africa and Australia. As Toshiba Machine’s primary partner outside of Japan, TM Robotics is the only company to offer the market a comprehensive range of all three categories of robots; six-axis, SCARA, and Cartesian.
At Future Robotics 2018 on November 13, TM Robotics will be present in the demo area, exhibiting a robot from its extensive SCARA range, the THL series.
The THL series is a selection of cost effective and energy saving robots. The series is ideal for price-conscious end users, systems integrators and those that are taking their first steps into investing in automation. The range consists of eight SCARA models, ranging from 300mm up to 1200mm in arm’s length. At Future Robotics, TM Robotics will demonstrate a mid-sized model, the THL700.
The THL700 provides a maximum payload of up to 10kg, while providing cycle times of 0.5 seconds when demonstrated with a 2kg payload. More information on this model can be found here. Alternatively, contact the TM Robotics team to arrange a demonstration at Future Robotics.
What’s new from Toshiba Machine?
TM Robotics provides one of the most extensive ranges of SCARA robots on the market. At Future Robotics, TM Robotics will display several application videos which show these robots in action. This includes the latest SCARA model from Toshiba Machine, the THE400. 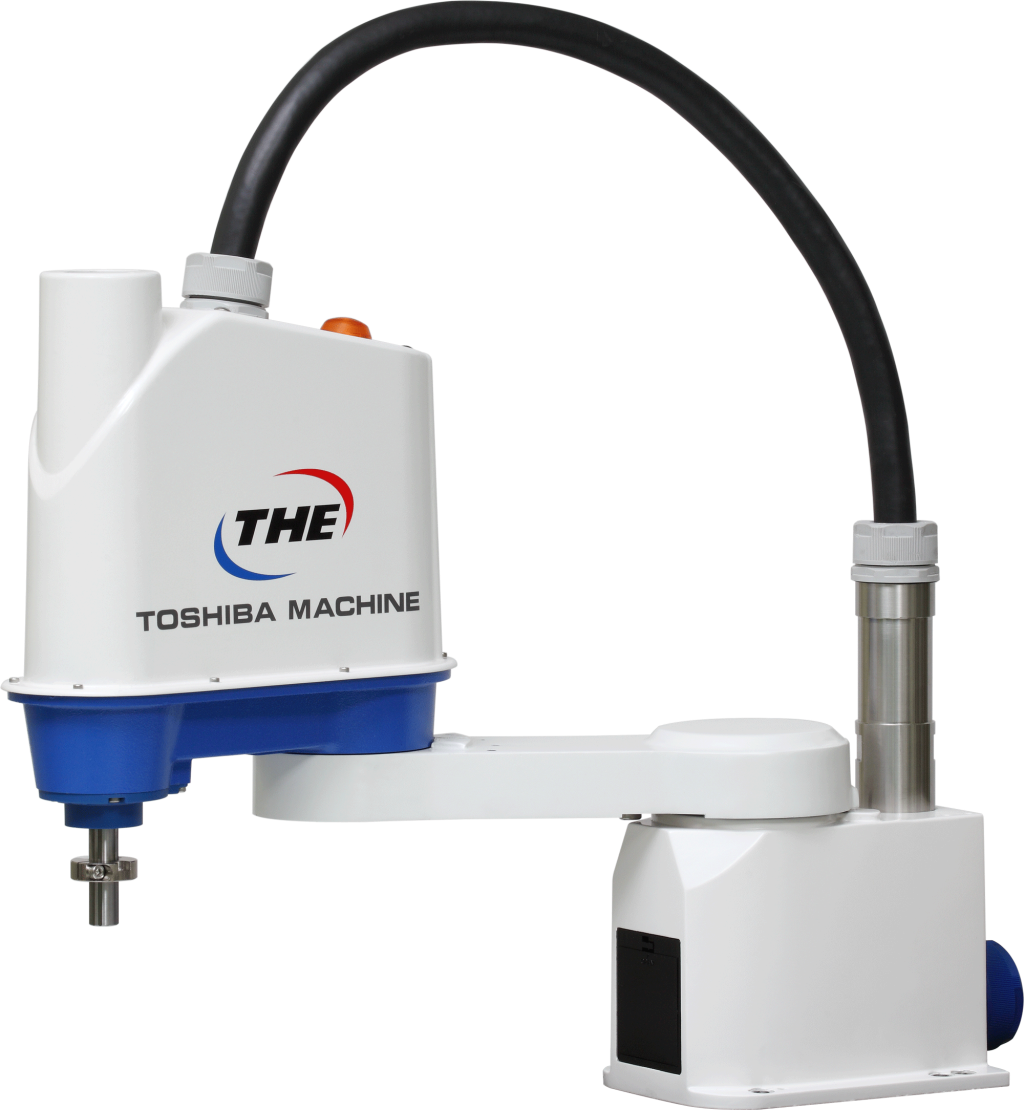 Launched at the International Robot Exhibition (IREX) in Japan in 2017 and subsequently in Europe at Automatica 2018 in Munich, the THE400 was developed to deliver the fast cycle automation required in parts assembly, testing and transfer processes — particularly for electronics and automotive manufacturing.
To meet this demand, the THE400 robot thoroughly surpassed the mechanism and control functions of previous SCARA robots. In fact, the robot can achieve twice the speed, with greater repeatability and up to 60 per cent higher payloads than competing models in the US robot market.
Alongside this launch, TM Robotics has also assisted in the delivery of the latest collection of six-axis robots by Toshiba Machine, the TVM range.
The TVM range is a vertically articulated robot series, available in three models, each with varying reach and payload specifications. The robots are suited to a variety of industrial applications, including manufacturing for automotive components, plastics, medical, pharmaceutical and packaging applications.
What’s on at Future Robotics? 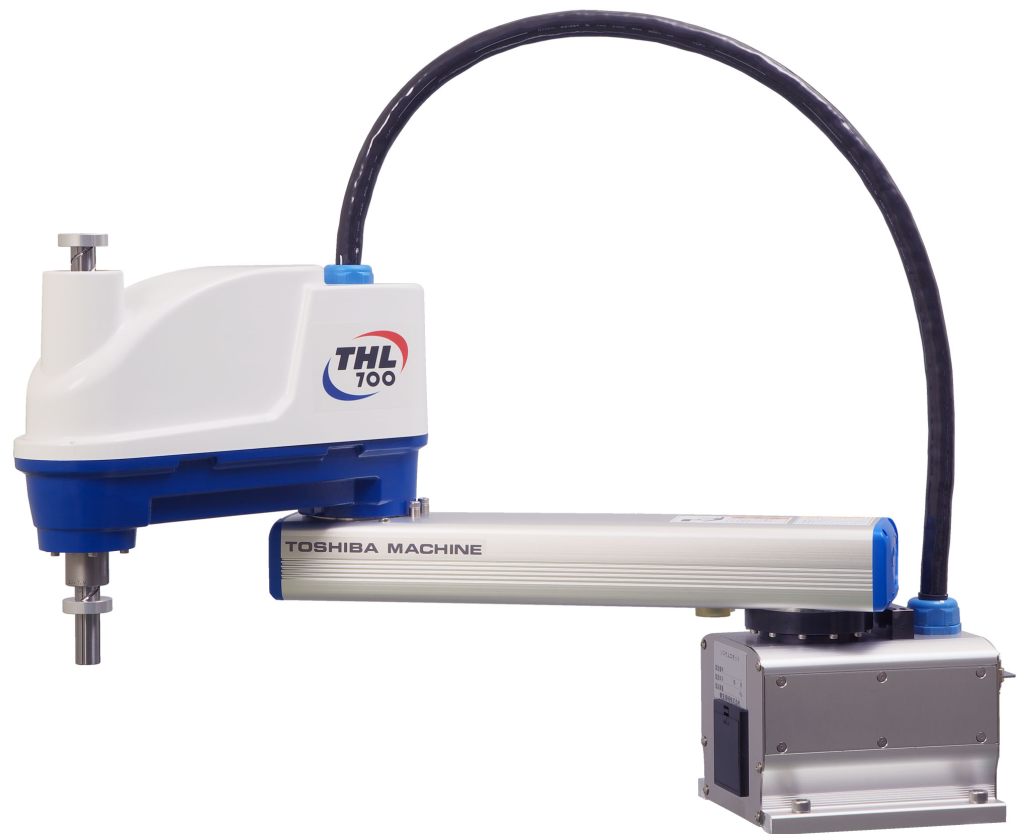 Aside from exhibiting at the show, TM Robotics will also be present at the Future Robotics conference, in which Dervish Ibrahim, technical sales manager for TM Robotics will deliver a keynote speech on the role of industrial robots versus collaborative robot models.
His presentation, Before you buy a CoBot: The argument for industrial robots, will be delivered from 11:30 and 12:00 during the show’s conference.
During the presentation, Dervish will explain why manufacturers should not abandon their six-axis, SCARA and Cartesian models just yet, by highlighting the common misconceptions associated with collaborative models.
The presentation echoes growing efforts of TM Robotics to better inform their customers about different automation options. The team believe that it is imperative to assess the applications considered for automation, before manufacturers make hasty investments. Let’s face it, robots aren’t cheap.
Fancy a consultation?
If you are interested in discussing potential applications for robots, TM Robotics’ team of experts will be available at Future Robotics all day on November 13.
To schedule a meeting in advance, please contact a member of the team by sending an e-mail to sales@tmrobotics.co.uk or calling +44 (0) 1707 290370. Alternatively, feel free to visit the TM Robotics stand on the date of the show.
See you there.

Deep learning at your fingertips with the new HALCON 17.12 Imaging Software

WDS supports the Bloodhound Project in its bid to set a 1,000mph land speed record