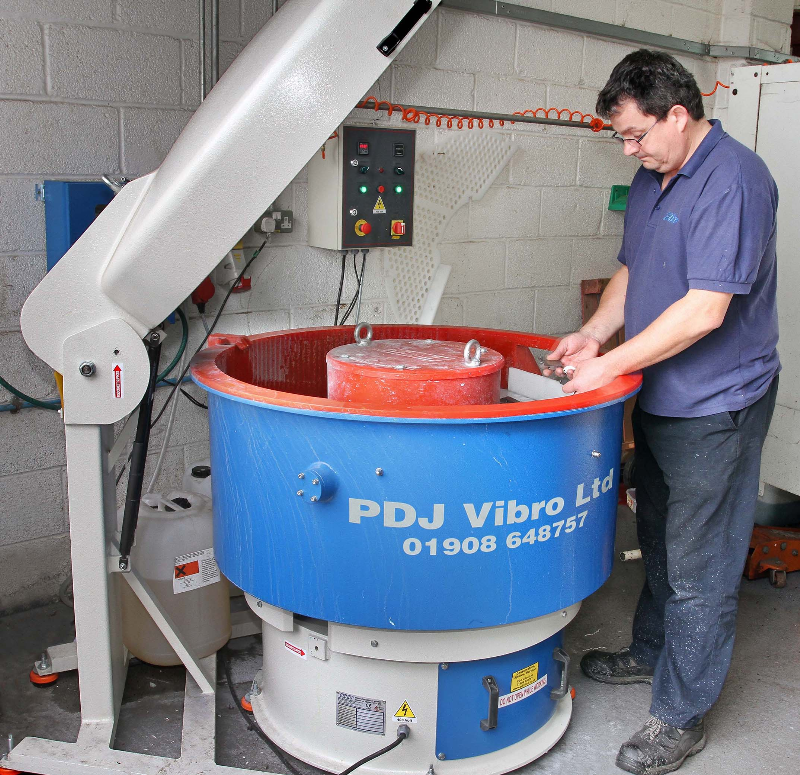 Family-run subcontract machinists, Mathison Engineering, specialises in producing 316 stainless steel marine fittings in quantities ranging from one-off prototypes to high volume runs. Accounting for around 80% of turnover, the products are to be found in vessels all over the world, but mainly around the coasts of Europe, the US and Iceland.

Winning a contract earlier this year (2014) to produce components for superyachts meant that a new vibratory bowl was needed to clean, deburr and finish the surfaces of larger components, as the existing machine at the company’s Gosport factory was too small. The parts are mainly for concealed hinges and latch-type locks used in applications ranging from deck hatches to diving platforms.

Steve Mathison, who runs the company together with parents, John and Sarah and four additional staff, was quick to spot the PDJ Vibro stand at the MACH 2014 show in April, close to the entrance to hall 5 at the NEC. The following month, after successful finishing trials were completed at the supplier’s Milton Keynes technical centre, an EVP-A 220 vibratory bowl was installed at Gosport.

The 240l capacity PDJ Vibro bowl is well equipped with continuously recirculating water, automatic dosing of detergent, an acoustic cover for noise suppression, and a screen to enable convenient parts separation from the finishing media, which are also supplied by the same company.

The machine has the ability to shut down all services automatically to enable ghost shift running for a predetermined duration, normally four hours, sufficient to process a batch of stainless steel parts. It is no longer necessary to run the bowl continuously all evening and overnight until the start of the next morning’s shift, as with the smaller machine, which wasted power and in any case was rarely the optimum process time.

Mr Mathison said, “The PDJ Vibro bowl is much more productive. We can easily finish 400 components in an 8-hour shift and with the separator screen, they are much quicker to extract. Our operators particularly like the semi-automatic separation. They are delighted that the days of plunging their hands into a mixture of cold water and abrasive and sifting the parts manually are over. Typically our components are ready for shipping to the customer a week earlier than before. The finish is much better as well. Not only are components cleaner due to the continuous flow of water, but the abrasive action is more efficient as well. It results in effective edge deburring and an improved finish on the surfaces, so machining marks are no longer visible.”

The latter advantage, achieved using porcelain stones in the bowl, can be augmented by exchanging them with a ceramic medium to achieve polished surfaces. Mathison Engineering gains significant financial advantage this way, as any components that require an even higher cosmetic finish, requiring them to be sent out to a polishing specialist, are now quicker and less expensive for the third party to process. 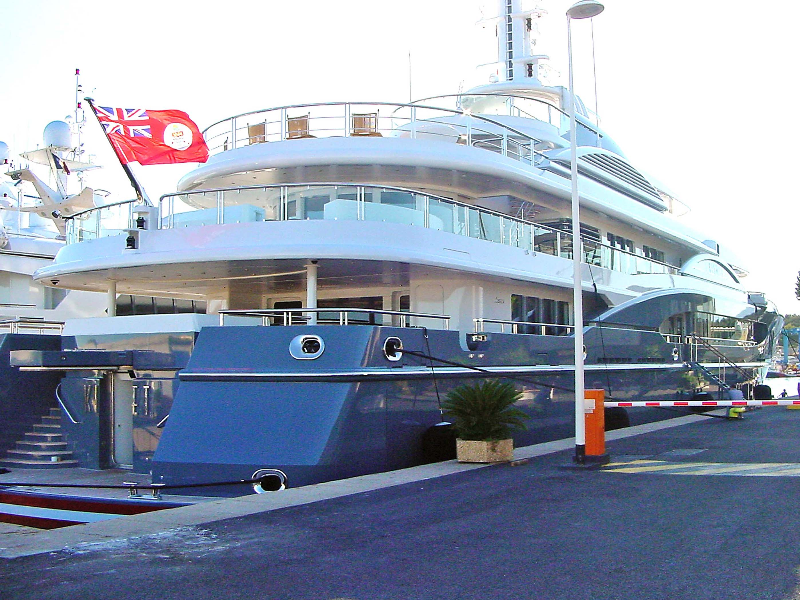 It also ensures that components do not lose shape due to aggressive linishing to remove cutter marks. Overall, the surface quality and appearance of components is much improved, which is just what many marine applications call for. Superyacht owners in particular can be unbelievably fussy about the look of their fitments, according to Mr Mathison.

In a further recent development, the subcontractor has started to polish white plastic components, such as mounting blocks for hinge arms, in a two-hour cycle. It was impossible to process them in the old vibratory bowl, so the as-machined finish had to suffice. Now the customer can choose the option of a smooth, shiny finish, which is not only more attractive but also enhances the functionality of the block, which acts as a bearing surface.

In addition to machining all grades of stainless steel and plastic, Mathison Engineering regularly produces components for the telecommunications industry as well as the aerospace, rail and food sectors. Materials range from aluminium and brass to mild steel and titanium. Another benefit of the new vibratory bowl is that all of these metals can be processed using the same abrasive medium, whereas with the previous bowl it was necessary to exchange the stones to tackle the different materials.

Mr Mathison concluded, “It was noteworthy that PDJ Vibro was by far the best at responding to our enquiry at MACH and following it up afterwards. Other potential suppliers were not so helpful and it took ages to get the information. We have been very happy with our new vibratory finishing equipment and the relationship with PDJ Vibro, especially the advice and service back-up. We also like the fact that they are a family-run business, like ours, prepared to do that bit extra for the customer.”

Partnering with customers to increase productivity and profitability