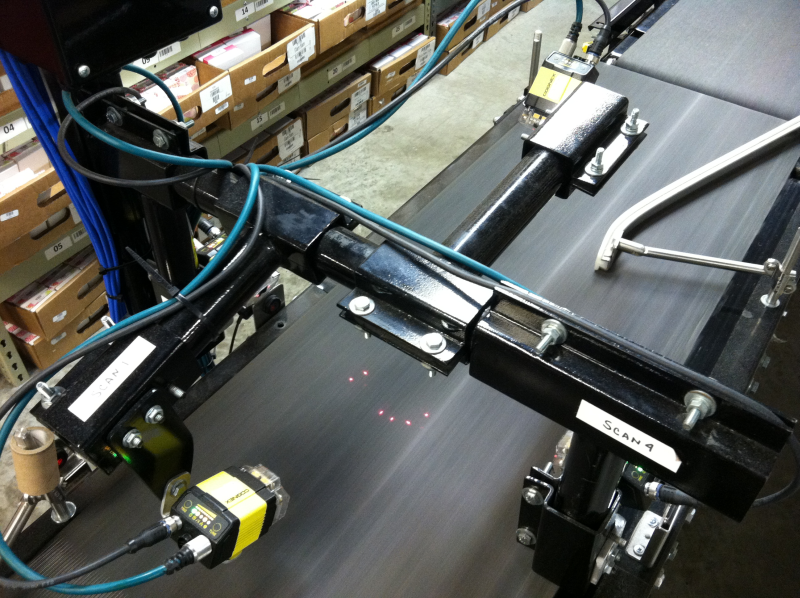 In the warehouse of a major direct sales jewellery company, pickers place jewellery boxes on two conveyors that transport them to packing stations. A 1D barcode on each box is read by ID readers located above the conveyor and based on this identification each box is diverted to the correct packing station. The laser scanners in place were designed to read A & B quality barcodes, which the jewellery company had planned to begin putting on its boxes. However, the company was unable to get the A & B quality barcodes from their manufacturer and the system was trying to read C & D quality barcodes. Thus, the scanners were only able to read 96.5% of the barcodes, requiring two fulltime people to handle the read failures. Cornerstone Automation, the systems integrator involved in the project, collected all of the boxes that could not be read in a day and asked Cognex if they could offer a solution. Cognex’s DataMan 302L vision-based reader read every one of the read failures. The new ID readers have increased read rates to above 99.9% and saved 75 hours per week in read failure handling. 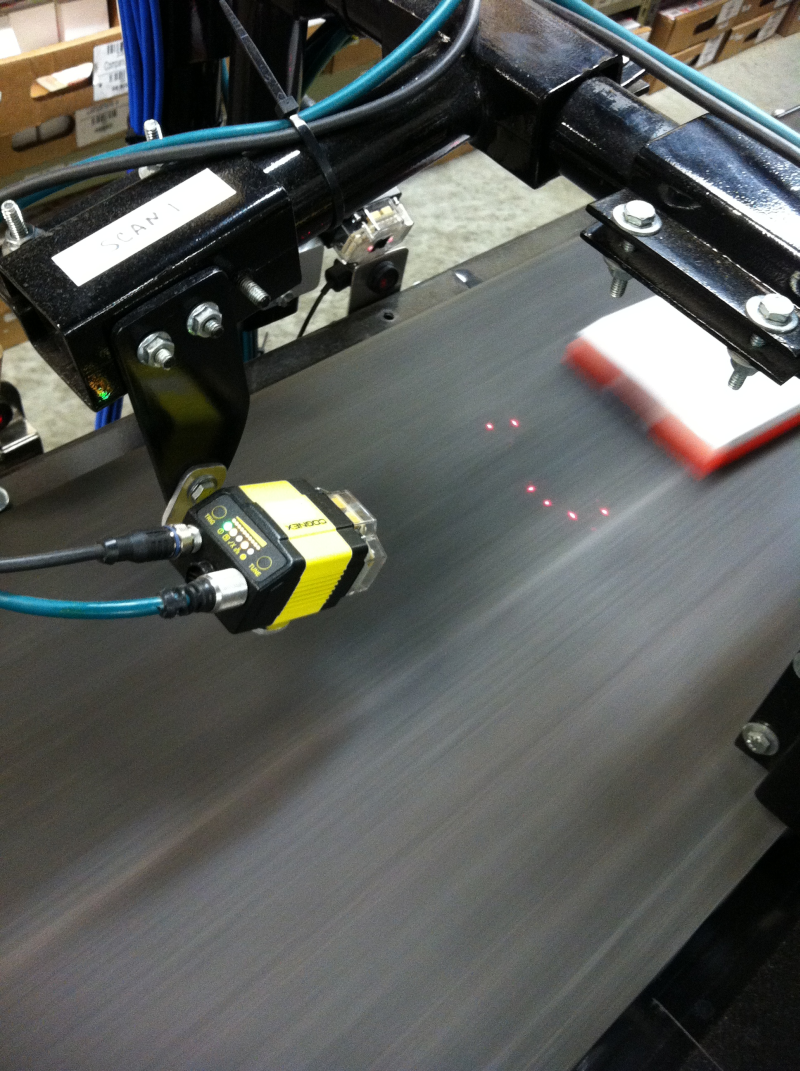 The jewellery boxes are approx. 3 inches wide by 3 inches deep by 1.5 inches tall. A ½ inch wide by 1 inch long 1D barcode is placed by the manufacturer on the front end of the lid of the box so it faces forward. Boxes containing higher volume products are stored in the magazine of 7 foot tall automatic order selection dispensers located on either side of the conveyor. When a wave of orders is run, the dispensers automatically eject the boxes needed to fill the wave onto the conveyor. The lower volume items are stored in conventional shelves. This portion of the order is transmitted to pickers who collect these items manually and place them on the conveyor. The boxes vary somewhat in height so they are placed lid-down on the conveyor to minimize the variation in the height of the barcode above the conveyor. No attempt is made to orient the barcodes in a specific direction. When the barcode reaches the packing area, diverters push each box off the conveyor into the station of the packer responsible for the order for which the box is intended.

This automated system is highly efficient but it depends heavily on the ability of the barcode reader to read the barcode on nearly every box travelling down each line at a rate of about one per second. After the codes are read, a labelling machine prints a larger 3 inch by 3 inch label and applies it to the bottom of the jewellery box. However the existing laser scanners were having difficulty reading codes in a degraded condition, at varying angles and in different positions. Because they see only a single scan line at a time, laser scanners have a very limited ability to read codes that are in any way different from an ideal image. The laser scanners used in the past were able to read the vast majority of barcodes but the approximately 3.5% of codes that they were not capable of reading constituted over 2,000 boxes over a typical day.

The jewellery company asked Cornerstone Automation to improve the read rates on the poor quality barcodes on the line. “We brought Cognex in and asked if they could help with the read failures,” said Michael Doke, Partner with Cornerstone Automation. “Cognex asked us to collect all of the barcodes that the laser scanners could not read in a day. Cognex brought one of their vision-based scanners in and set it up and it read every single one of those barcodes.”

Cognex recommended the DataMan 302L fixed-mount barcode reader for this application. The DataMan 302L has a resolution of 1280×1024 pixels and liquid lens variable autofocus technology that is ideal for applications that require a large depth of field.

Four Cognex 302L ID readers were set up in four different directions at a distance of 12 to 16 inches from the box at a 20 degree angle to the conveyor belt. The four ID readers were configured using group triggering so that all four readers acquire an image simultaneously and then combine their individual read results to form a composite result. The four readers are continuously on and configured for self triggering so that they trigger whenever they detect a code. Whenever any reader detects a code, the master reader generates and transmits a read result to an industrial PC, simplifying the task of collecting and processing read results from multiple readers.

The new readers provide a 99.9+% read rate. This dramatic improvement in read rates has made it possible for the two people previously assigned to manually read the labels to be moved to more productive tasks. The end result is that the jewellery direct seller has eliminated a major headache and significantly reduced its distribution costs.

How can ERP benefit the automotive supply chain?