TM Robotics helps manufacturers get more from their robot spend 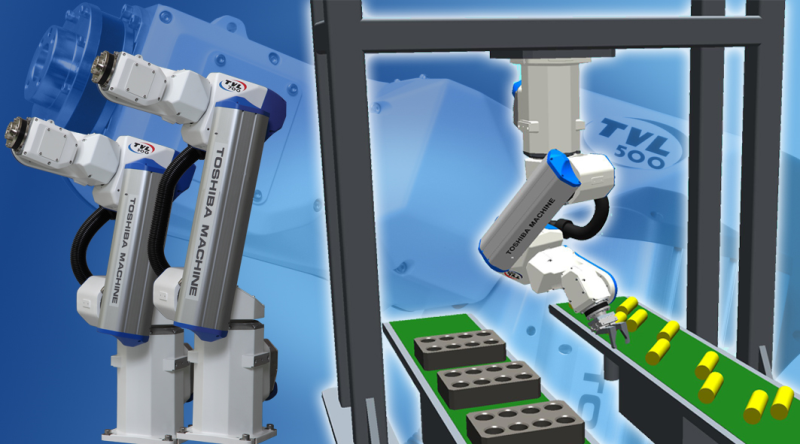 As the partner of Toshiba Machine in Europe, TM Robotics has been selling the company’s products for more than 15 years, and has gained unique insight into the industry’s automation needs. The robotics qualities that consistently arise are cost-effectiveness and flexibility. In other words, manufacturers are looking to get more out of their robot spend.

To meet this industry-wide demand, Toshiba Machine has introduced three low-cost, low-energy, flexible robots to its portfolio: the TVL 6-axis, the THL SCARA, and the BAIII Cartesian.

These lightweight, compact robots, which include the TVL500 and TVL700, offer high performance and productivity on all assembly and pick-and-place applications. Due to their compact size, they also save space by delivering all of the functionality that manufactures need from a 6-axis robot, with a reduced footprint in the production line.

The TVL500 has a reach of 602mm and payload of 3Kg, while the TVL700’s reach extends to 801mm and payload of 4Kg. Both robots offer an innovative design that features speed, accuracy, and energy efficiency. In fact, the TVL500 was named a Special Committee Award winner at the 45th Machine Design Awards in Japan (sponsored by technical newspaper Nikkan Kogyo Shimbun) in 2015, based on the product’s function, operation, and design. 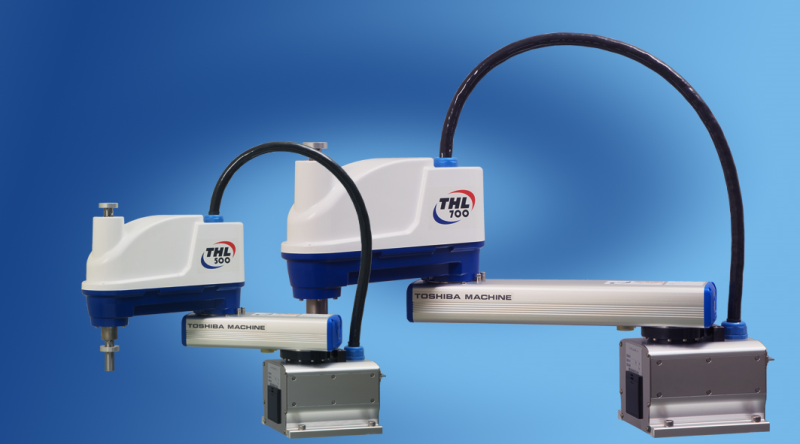 The TVL range includes user-friendly features such as tool fixture tap holes at four locations on the arms’ upper and lower positions for fixing external cabling and peripheral devices. In addition, the first arm is equipped with a standard T-groove, which can be used to place tools, cabling, and DIN rails in position. The robots accommodate alternative installations via tap holes on the side of the base unit, allowing for the robot to be installed sideways.

The TVL is supplied with a bespoke compact controller, the TSL3100E, which is both lightweight and space-saving. Ethernet connectivity is standard, and expansions of I/O and various networks are supported. Programs can be easily backed up via USB.

As an added feature, Toshiba Machine has introduced ceiling-mounting capabilities, providing new robotics opportunities for manufacturers with limited space or a need to mount robots over conveyors. The ceiling mount improves cycle times and supports quicker throughput with increased productivity. 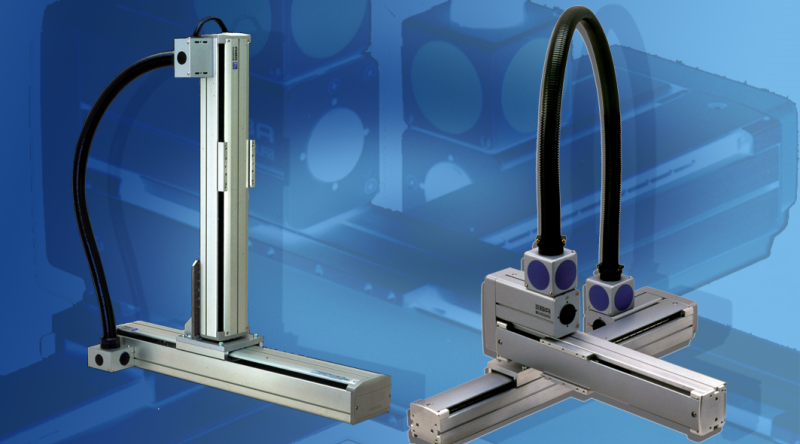 The THL SCARA robot continues to grow in popularity due to its light weight—which is a benefit for system integrators—and low energy consumption, which offers a bonus for end users. These robots are ideal in stand-alone applications, but their ease of integration also maximizes their appeal to machine builders and integrators.

This robot achieves low mass and low inertia with the necessary rigidity for high accuracy. Reduction in mass is the result of lightweight, cast aluminium mechanical components that have a series of ribbed sections to provide rigidity. Because of this, more efficient servo motors have been fitted. Moreover, as the system generates substantially less inertia than a streamlined gearbox would generate, these robots are the most energy-efficient in their class.

The THL range is up to 50% lighter than the TH range of Toshiba Machine SCARA models, and the robots consume up to 50% less electricity. Performance compares favourably, and ease of maintenance offers additional benefits.

The THL arm lengths range from 300mm to 1000mm and maximum payload capacity ranges from 5Kg to 10Kg. A dedicated compact controller in the TSL3000E shares the ease of programming and interface characteristics of its 6-axis sibling.

The BAIII Cartesian robot offers single-, 2-, 3-, or 4-axis systems and a payload of up to 250kg. These versatile systems give ball screw- and belt-driven options with oil-free seals and compact AC servo motors providing a low-maintenance design. With speeds of up to 2000mm per second and a range of arm lengths from 50 to 2000mm, the Toshiba Machine BAIII Cartesian systems offer a flexible approach.

Toshiba Machine is rare in its ability to manufacture and develop all three industrial robot options —SCARA, 6-axis, and Cartesian. Providing technology for any automation application, TM Robotics is the only solution companies need.

Ishida weighs up quality at ProSweets

Sealed on the outside, protected on the inside